Helen’s performance choir Glorious Chorus was featured in the ‘Meet My Choir’ slot on The Choir programme on Sunday 5th June 2016 – catch it on iPlayer.

Shakti Sings Glastonbury Festival choir of green guardians sings Helen’s song ‘We Got All The Love’ in the mud at this year’s Glastonbury Festival. The choir, led by friend and colleague Susie Prater, add their unique flavour to this community choir favourite. Listen to it and smile…!

Note from Helen about this arrangement: ‘I was persuaded to write an arrangement of Jerusalem by a friend after initially having reservations about the song. But after researching the origins of Jerusalem I soon fell headlong in-love with it.’ Read more

You can purchase this arrangement on the Scores Page.

The Montgomery Freedom Flame project is an initiative in the spirit of international camaraderie and cooperation. Originally lit in Portsmouth in 1948, the torch was carried to France and the Netherlands, both occupied nations during World War II, where it has been kept ever since, to represent justice and liberation. Now the Freedom Flame has been brought back to the UK and is now installed in Princes Quay in Hull. 2015 was the 70th anniversary of the end of the war and was marked in Hull by a series of celebrations in the name of freedom, culminating in a major event on 8th May, the 70th anniversary date.

Helen was commissioned to write a piece of music especially for this event. Her song ‘Freedom Flame’ was sung by the big Hull Freedom Chorus mass choir on 8th May. 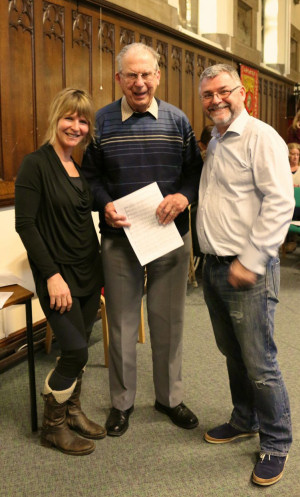 After the success of the One World show in the South West, Helen has just won funding to present the show in Hull in 2017 to celebrate the city’s City of Culture award. In 2018 & 2019 the show will be presented in London. In both instances Helen will be creating an auditioned choir from the region.
If you want to be part of the One World shows in Hull or London, go to the One World page.

Listen to Rob Johns (Glorious Chorus) play Stronger, the anthem written by Helen. They produced the song together and all proceeds of iTunes sales of this song go to Amnesty International. Helen’s daughter Lucy created the beautiful video slideshow for this song. 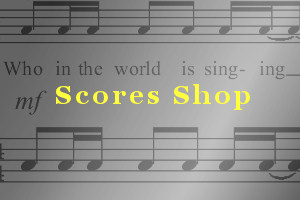 This space is dedicated to acapella songs by other writers. Click below to hear Helen Chadwick’s haunting song ‘Longing’ from her latest album ‘Fragments Of Love' and visit the Links Page to read more. For all information about Helen, visit www.helenchadwick.com. Click to play 'Longing'

The lyrics in Fragments Of Love are from ‘Fragments of Sappho’ translated by Anne Carson. All the music on the album is composed and sung by Helen.
We collect certain information or data about you when you use helenyeomans.co.ukOK, I'm happy with thisRead more